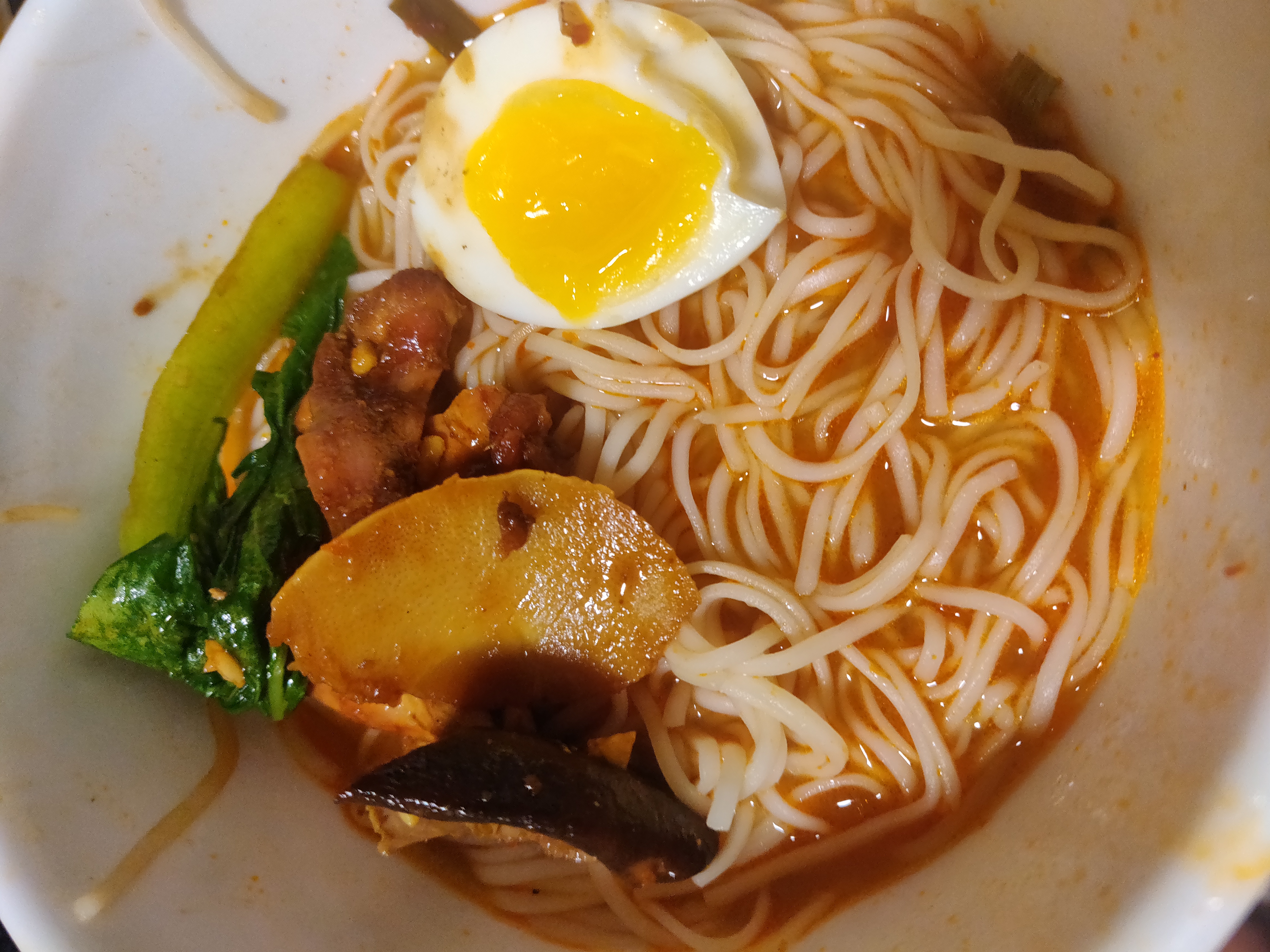 My thoughts on what I think is Bangalore’s most overrated and overhyped Asian restaurant: misu

The last two times I ordered from misu, I got disappointing, leaky food. Misu finally fixed that by using plastic packaging. For a restaurant that targets the premium market, it’s environmentally detrimental to use plastic. Disappointing, but at least the dim sum and rice came in paper packaged containers.

I really enjoyed the tangy and sour salad. Raw Mango is unconventional, but it’s great when served in strips. The sweet and sour dressing was absorbed by each strip of raw mango, and resulted in each bite packed full of flavour. The chilli was present, but wasn’t overwhelming: a subtle hint at the back of your throat. I do wish the sweet was better balanced, as the sour lemon and mango didn’t have enough sweet to counterbalance. Still really refreshing. Cashews were scarce, and unfortunately has lost a lot of crunch.

Wontons are usually thicker than dim sum, but misu made them thicker than I would have liked. The filling was bland and uninteresting. Bok Choy and water chestnut with just salt and garlic lead to a bland dish. When presented, it’s draped with a thick chilli sauce. The sauce was extremely one dimensional. Overloaded with garlic and chilli, I only get a dry spice. I think the overall result is a mishmash of a dish with no cohesion. Also looks unappetizing.

I enjoyed the curry. I’ve had Thai curry with weird assortments of vegetables, but misu’s choice was great: Corn, Mushroom, Broccoli and Bell Pepper. The curry base was thick, made of actual coconut milk with a great flavour that wasn’t suppressed. It wasn’t diluted with water. The Thai curry was a great level of spice, and the flavour was great. I could taste the green curry paste, but it didn’t overpower. The ginger and spice worked well with the coconut. I was missing that twinge of lemongrass or that slight punch of lime.

My problem arises with the rice. The dish came with basmati, which pairs horribly with thai curry. The lack of jasmine rice was appalling. Upon further inspection, jasmine rice is a further 150 INR add-on. I’m not a fan, but nevertheless the curry was good.

I saved the disaster for the end. It’s tragic to see a restaurant with the audacity to serve a dish this embarrassing. When I think of krapow, I think of semidry chicken with a nice spicy basil flavour. I think of chicken that has been cooked on high heat. Misu gave me boiled chicken strips in what can only be described as a watered-down black bean sauce. The boiled chicken sank to the bottom, while the water with hints of basil and a paucity of salt was transparent. The dish had no spice or flavour. The curry on its own added nothing to the basmati rice, and the only discernable hint was basil. Misu turned krapow chicken into a hospital/prison soup from a film. I ended up throwing the dish out because I’ve never experienced such abysmal chicken before.

I’d hate to be harsh, but in all honesty, misu is overrated, overpriced and a disappointment every single time. While some dishes are good, there are so many restaurants with better and cheaper food that I can go to. Dining at misu is like betting, you spend money and have a 50/50 chance at getting good or bad food. In my order, the Thai curry and salad were good, the wontons and krapow soup (chicken) were bad.